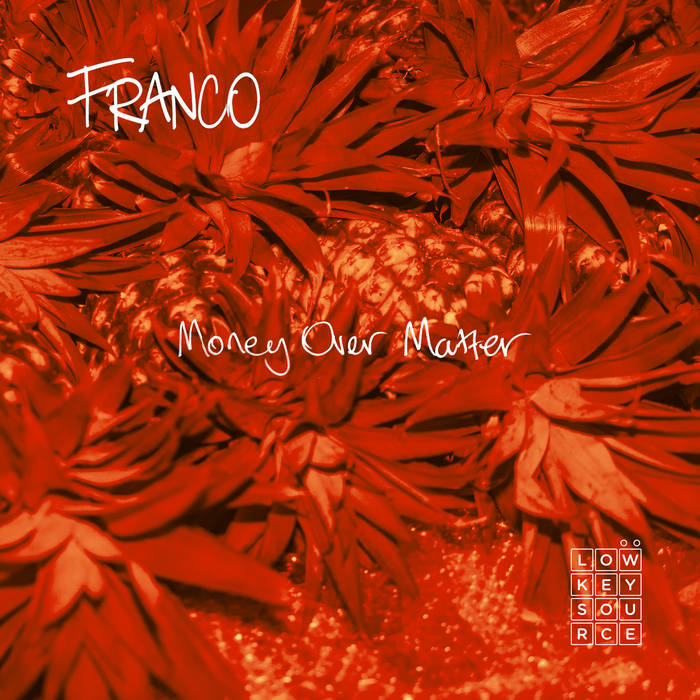 Incorporating clever combinations of pop and R&B instrumentation with undeniable vocal charm, Melbourne duo FRANCO return with confidence, dropping new single ‘MONEY OVER MATTER’ on us as the countdown to their highly anticipated debut self-titled EP officially gets started.

The musical project from vocalist Natalie Slade and acclaimed producer and percussionist Plutonic Lab first introduced their slick sounds with single ‘It’s All On You’, which was quick to turn heads, demonstrating songwriting talent, a delivery marked by edge and attitude. A strong foundation that the FRANCO EP has continued to build off.

Both bring their own solid talents to the fold, with Slade’s reputation in the Melbourne scene quickly establishing her as a bright light on the scene; collaborating with the likes of Simon Mavin (Hiatus Kaiyote)and Katalyst as well performing alongside the likes of Common, Talib Kweli and Tall Black Guy. Of course, Plutonic Lab’s reverence and standing as one of Australia’s best producers has long spoken for itself. An ARIA-nominated, Mercury Award winning artist with a diverse and extensive catalogue of credits to his name, Plutonic Lab has been behind records for artists including the Hilltop Hoods (most recently producing their current Platinum certified single ‘Leave Me Lonely’), Black Milk, Guilty Simpson and Speech Debelle. A partnership like this makes sense on paper, yes, but hearing Slade’s intrinsically soulful vocals blend as they do against Plutonic Lab’s production and beats makes their union on record undeniable.

Recorded in Plutonic Lab’s Shark Repellent Studios, ‘Money Over Matter’ is a coupling of feisty lyricism with head-nodding production, stemming from sessions in Melbourne between Slade and Plutonic Lab that not only strengthened their group dynamic, but offered up space for them to explore their own musical influences further. “I’ve been a fan of Natalie Slade since the moment I heard her and I knew I had to record with her. The FRANCO EP is a sonic diary of us getting to know each other’s music, tastes and style, and figuring out what we can do together. I’m fascinated with how we interpret each other’s ideas, and things get transformed pretty quickly when we get creative.” Plutonic Lab

Deftly manoeuvring from the boisterous vibes of ‘Money Over Matter’ through to neo-soul licked sounds (‘How To Get In Your Love’) and charming pop orchestration (‘The Bells’), FRANCO ensure their mark of authenticity is made on this debut EP. Exuding versatility and a penchant for meticulously crafted music over just five tracks here, FRANCO capture exciting energy in a tight and well-presented package.

Along with the release of the new FRANCO single, comes the official music video for ‘Money Over Matter’ -a project that has seen Plutonic Lab flex his animation and editing muscles alongside talented illustrator Tom Gerrardand creatives Nicole Reedand Micky Macleod. Unique in its composition and delivery, the visuals are sharp and edgy as the song itself. “We didn’t want to make another performance video, so we were looking for artists we liked to see if we could maybe animate some of their work. We both gravitated to thework of Melbourne Artist Tom Gerrard; we love his characters and thought they would fit the description of the subject of the song really well.” FRANCO

The duo blend strands of R&B, electronic and indie into meaningful and beautifully crafted songs.

Bandcamp Daily  your guide to the world of Bandcamp

outré black metal, with a Victory Over the Sun interview and music from Liturgy and Jute Gyte.